Many times, there are many reasons to alter photos from their original state and create something different. These are the first examples I could find in my collection of photos on the hard drive. There will be more, many more....

Example one. This was taken on my phone camera. It has a function to join three pictures together to create a great landscape. In this case of Narnia, the C.S.Lewis Nature Reserve.

Spot the difference. This was a photo taken in 1996 of one of our singers, Gill Hallett. The Picture was taken at Blenheim Palace, Oxfordshire. In the photo on the left, you can see bins and a visitor that kind of ruined the look of the picture. So they were removed. Also the path went too close to the right (as we look at the picture) of her head and so I extended the road a little. I always regretted not removing the marks on the road, but there are limits to what you can do without the picture noticing and looking plain wrong. 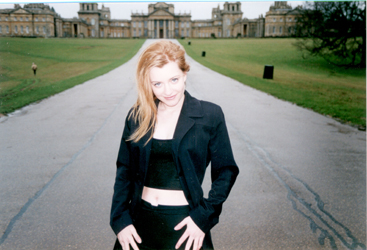 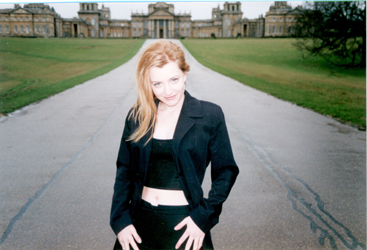 g Here's another example. I was around my Gran's house one day, looking at her photo album and saw this picture of one of my cousins. It was one of the few school photos she had of her and it was a shame that she had fallen over just prior to the photo and got the marks on her face. So I set about to see if I could improve it at all. My Gran was happy with the results. This again was worked on over 8 years ago, so my skills and software have improved since then. 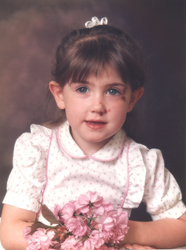 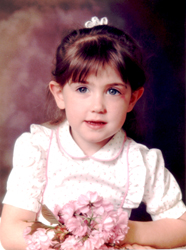 My Long time music collaborator Laurence Williams is the next subject. On the left, an album sleeve for our All Roads Lead To Rome album. Simply using a tripod an taking photos of Laurence around the sign and then cutting and pasting him around it later, but the effect was what we were after. The point was, he played every instrument on the album, so there should be more than one of him on the cover. On the left of the album and the second photo, simple colour manipulation to make the photo look more interesting. While a musical genius, Laurence never quite learned to be the perfect model for photographs. 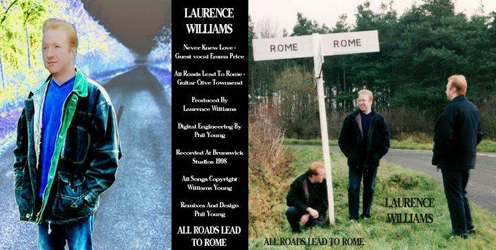 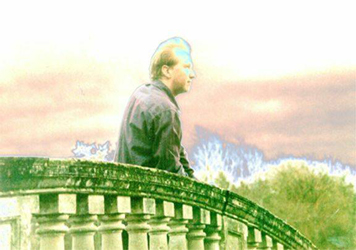