I'm trying to build up a few examples of places near me that I can shoot models with outside. I prefer outside shoots, they just seem more alive with the background and the natural colours and lighting.

These were taken by the Martson River, accessible from Marston Road: 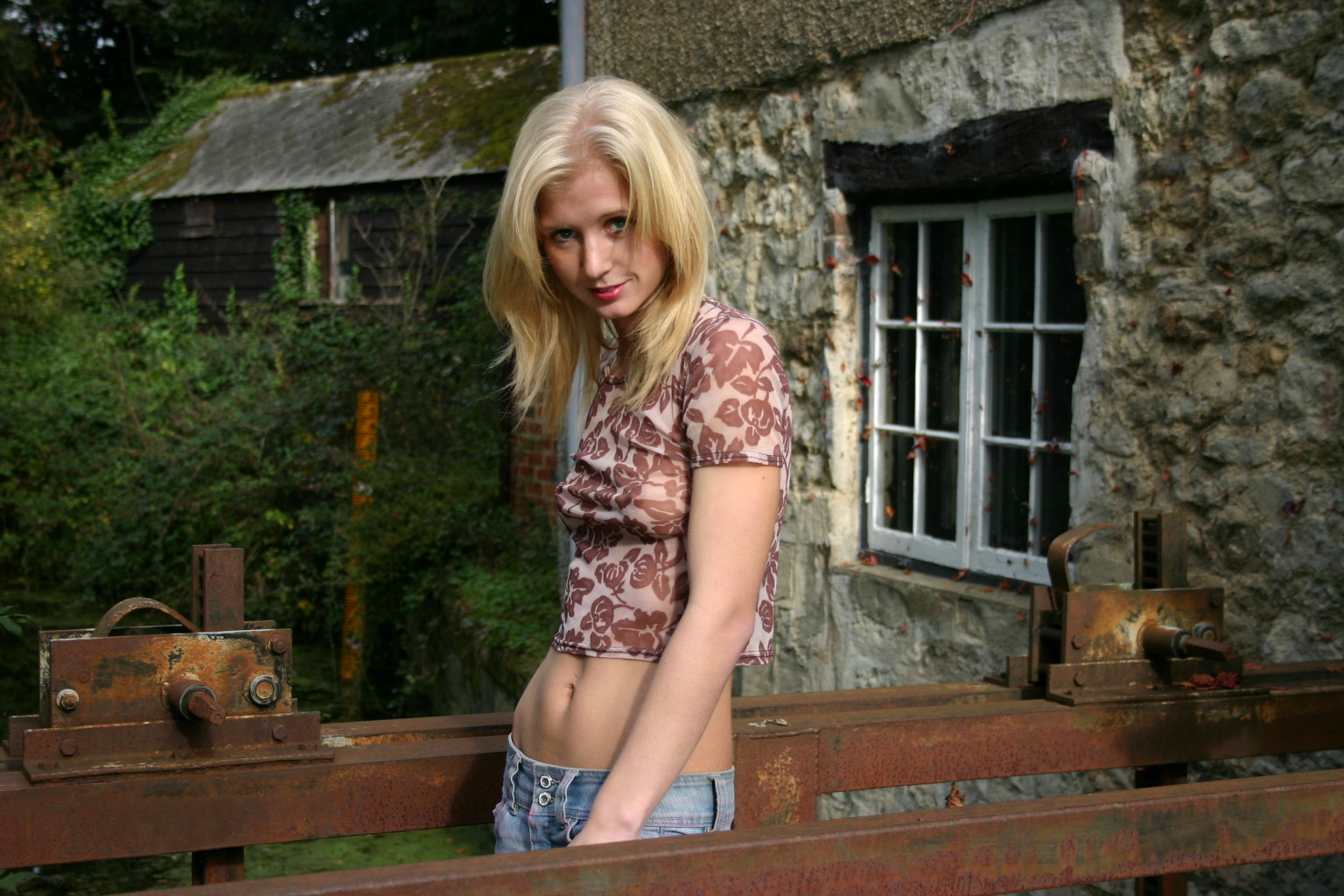 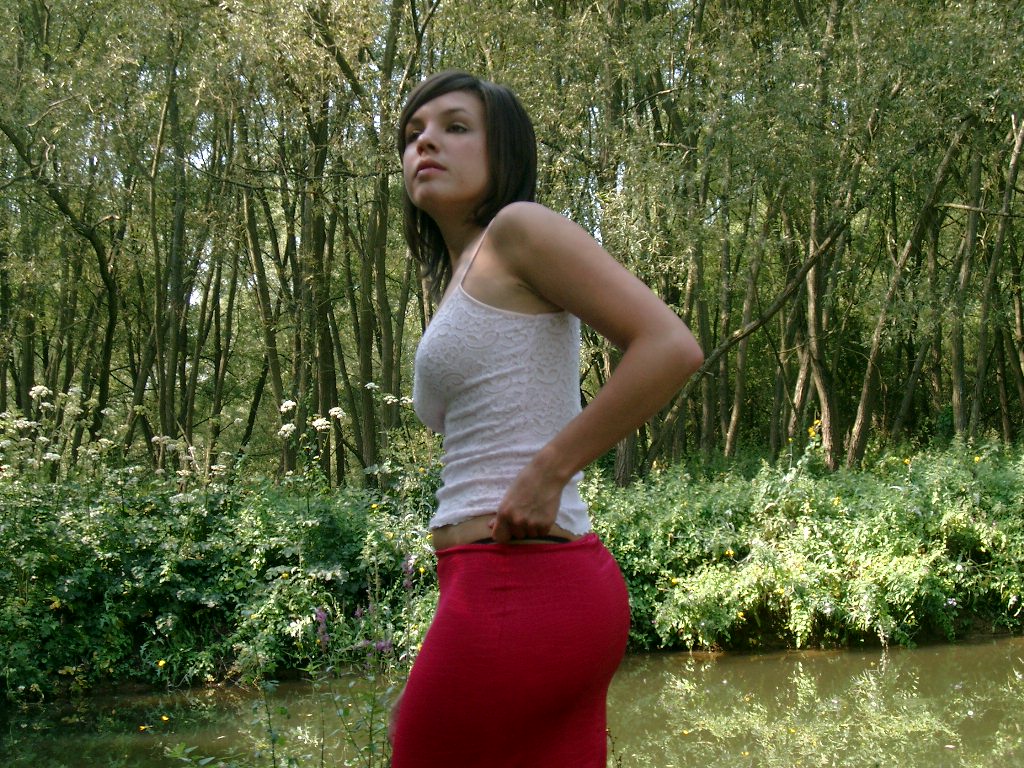 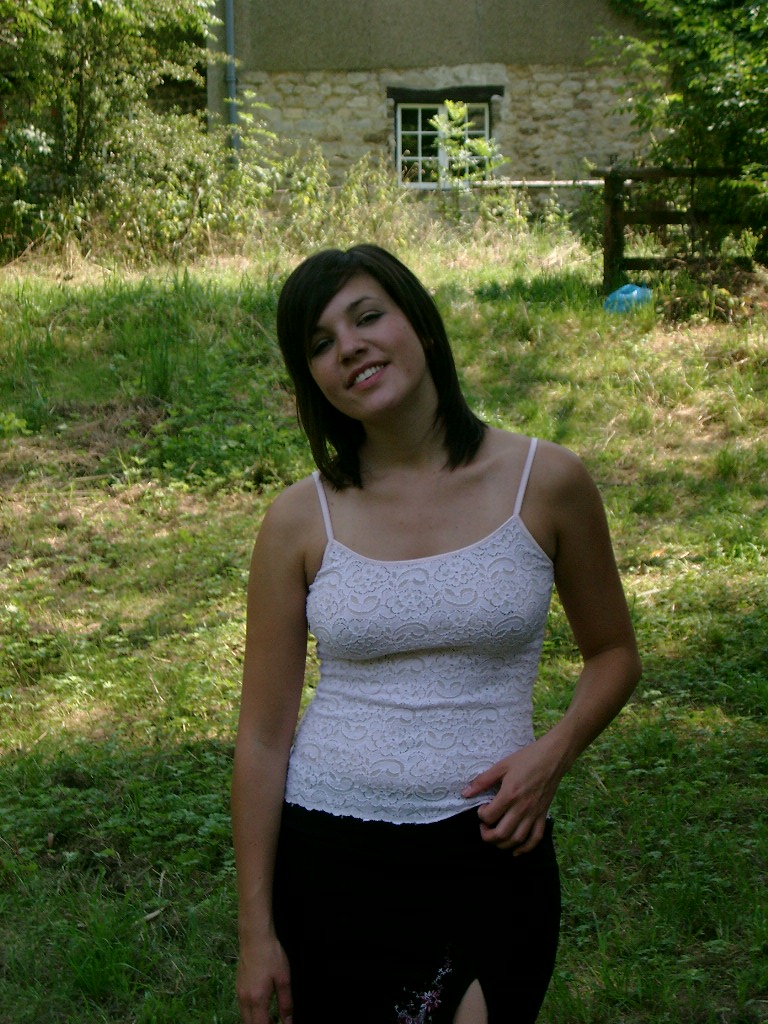 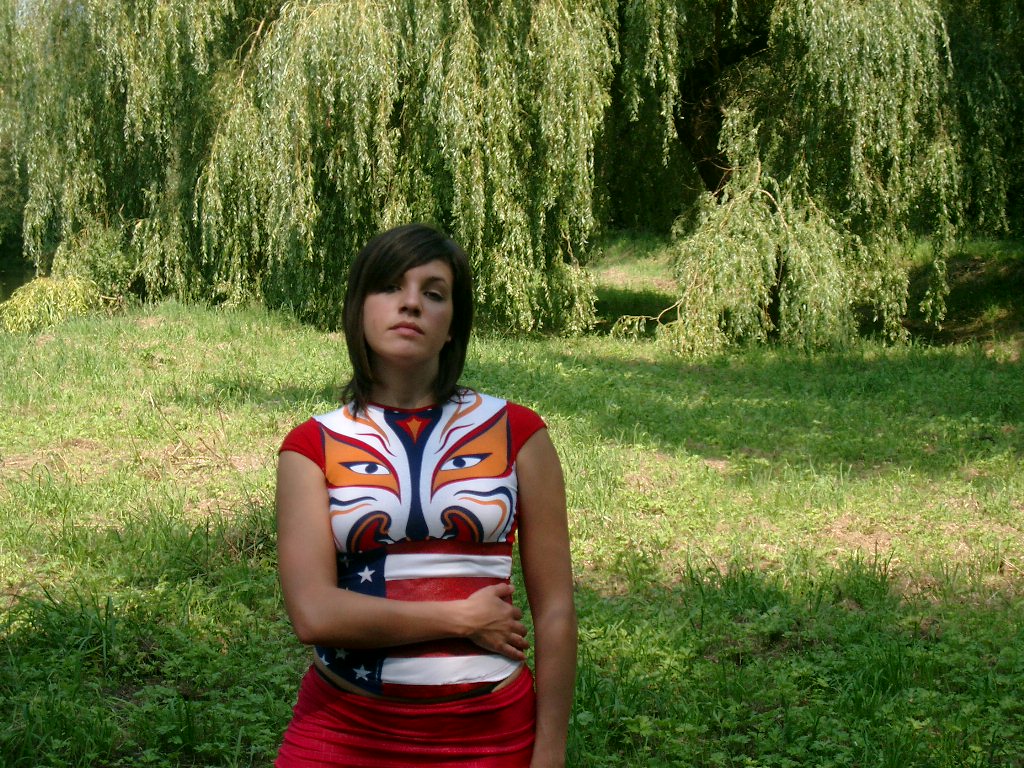 These were by the back of the school five minutes drive from my house. I've not checked recently whether the fence is still down, but will shortly. 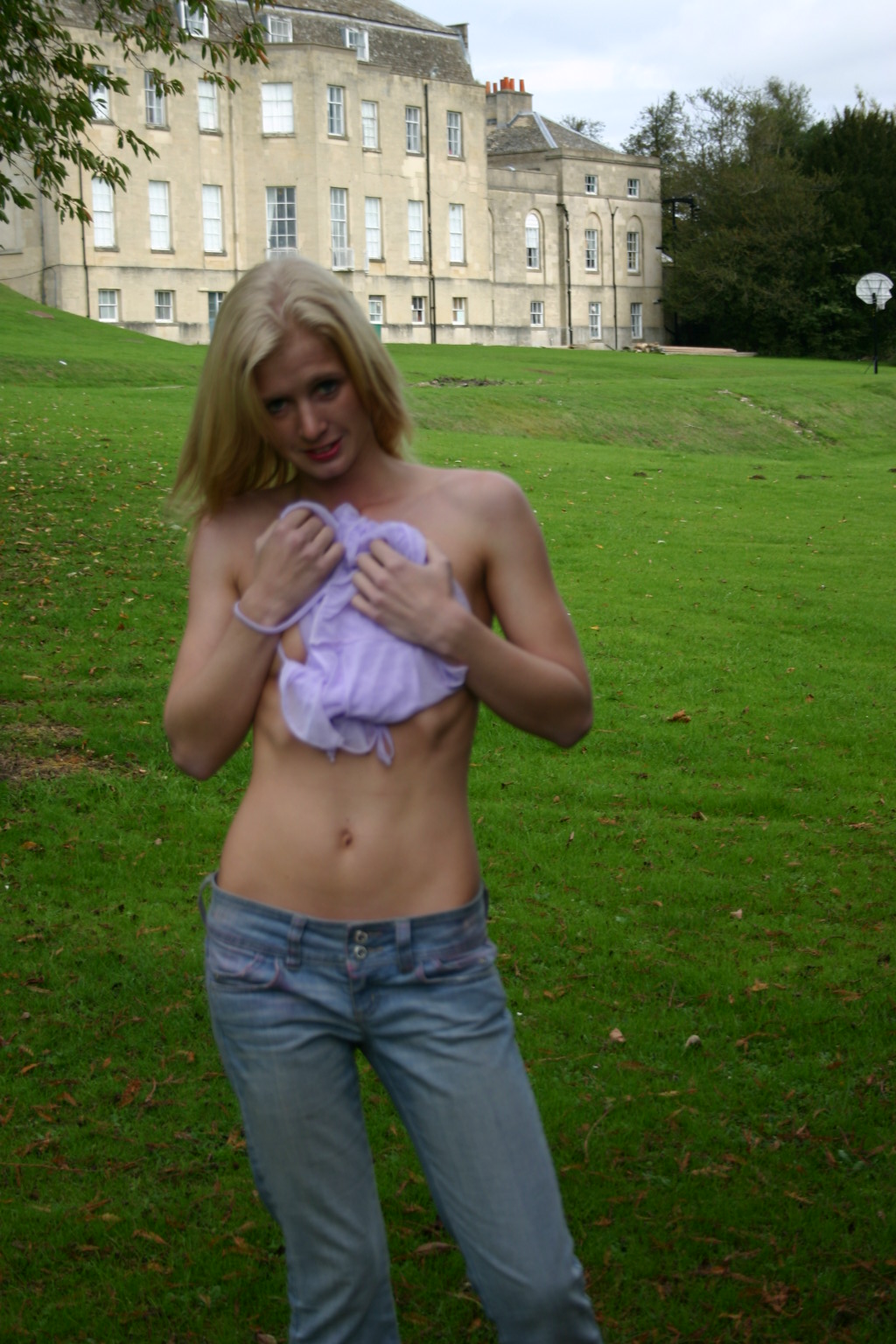 This is overlooking a motorway: 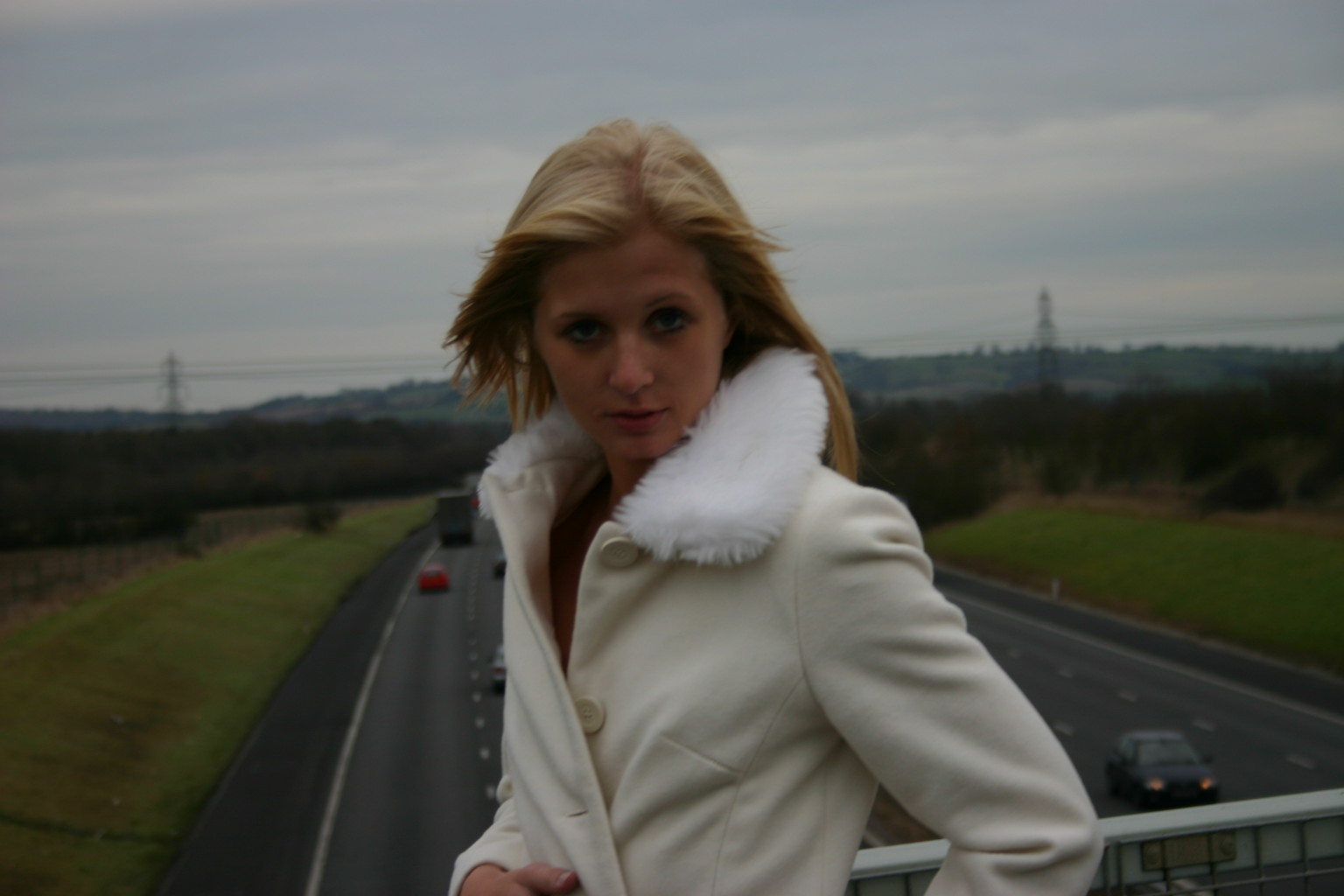 This is by the business park near Cowley Centre. It looks cool, but last I was there, within five minutes a security van drove by, either routine patrol or alerted to us. Might be worth trying though as it looks good. 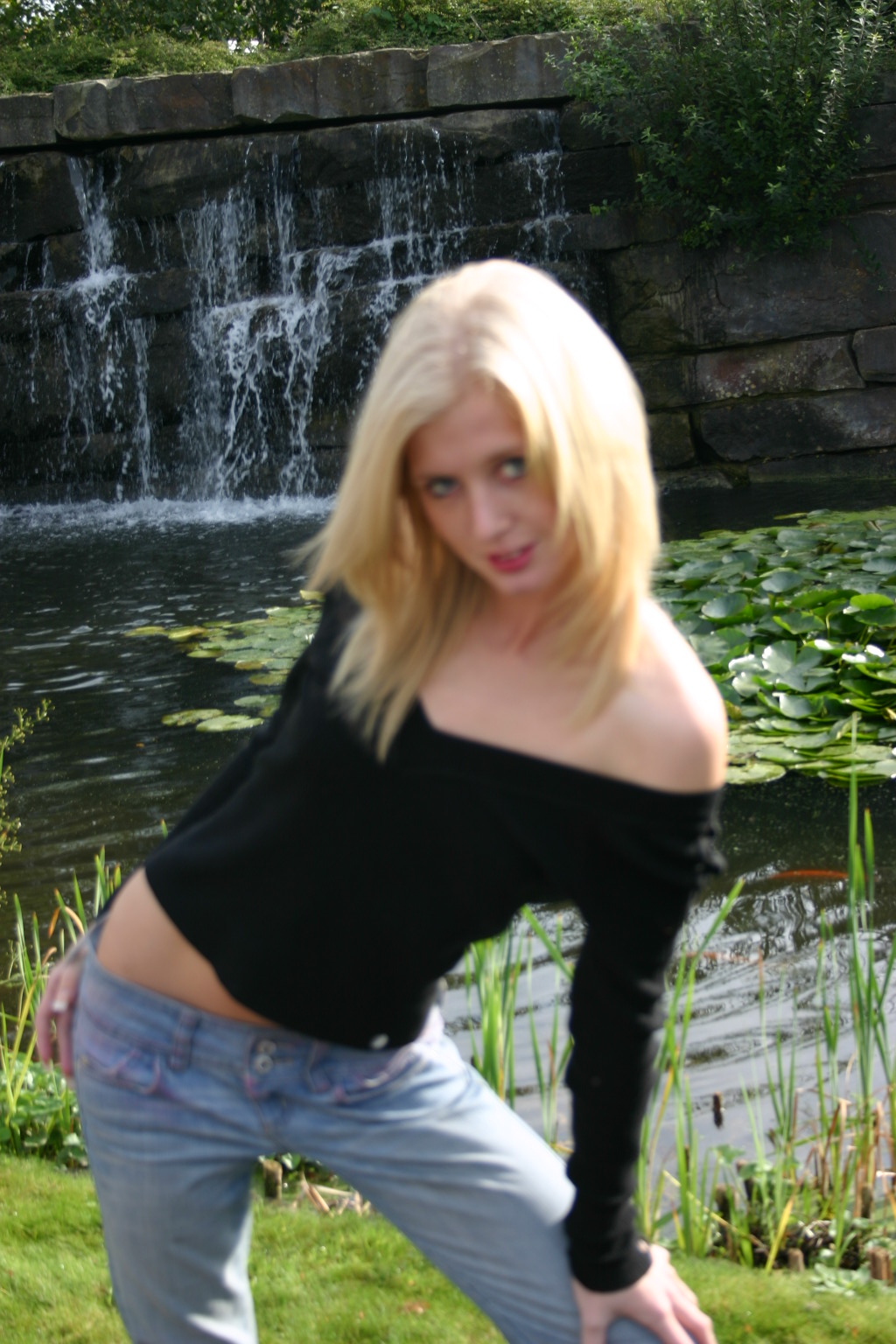 This is some fields again five minutes drive from me. 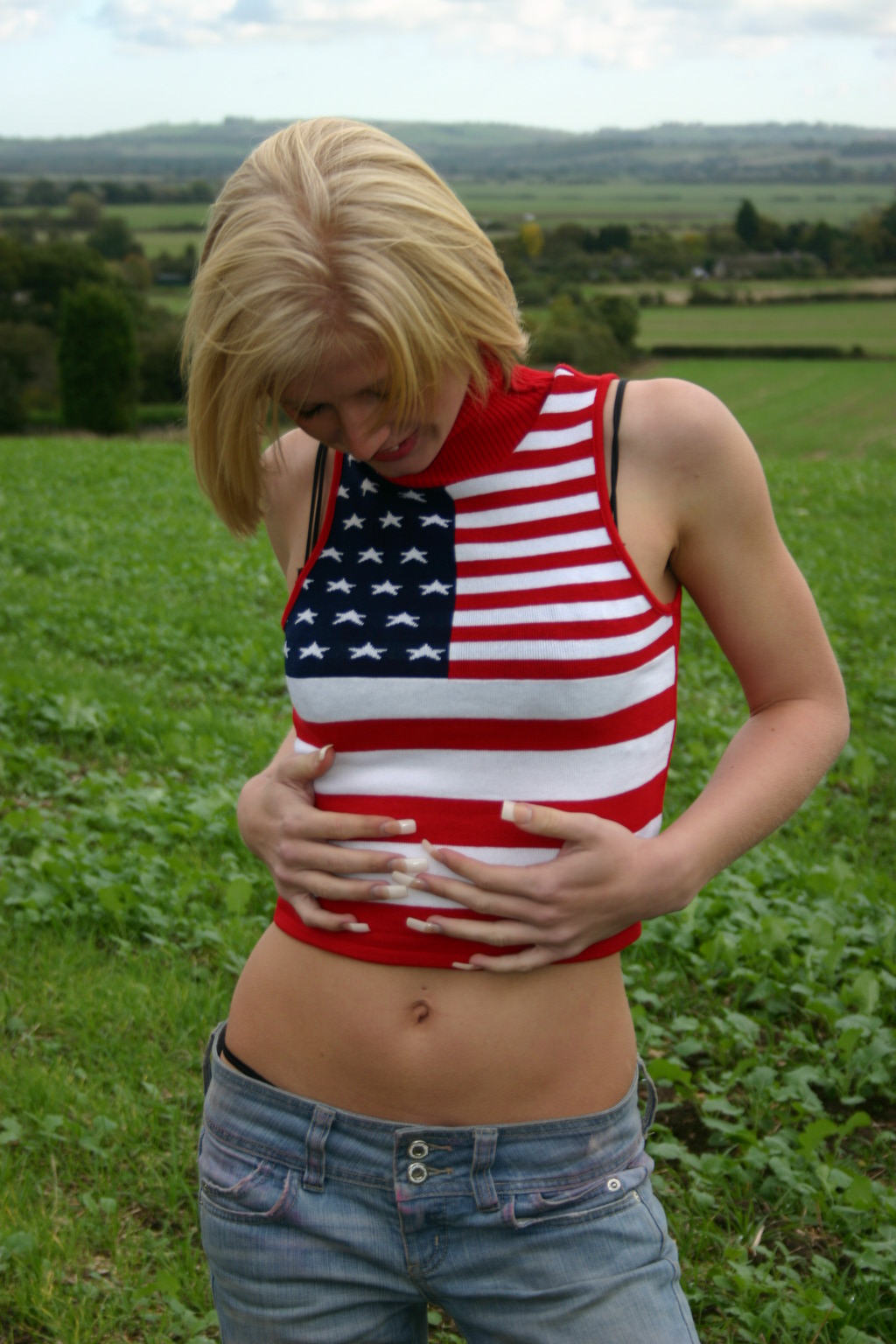 This is just another angle in my bedroom if models want to be shot using the wardrobe mirror. 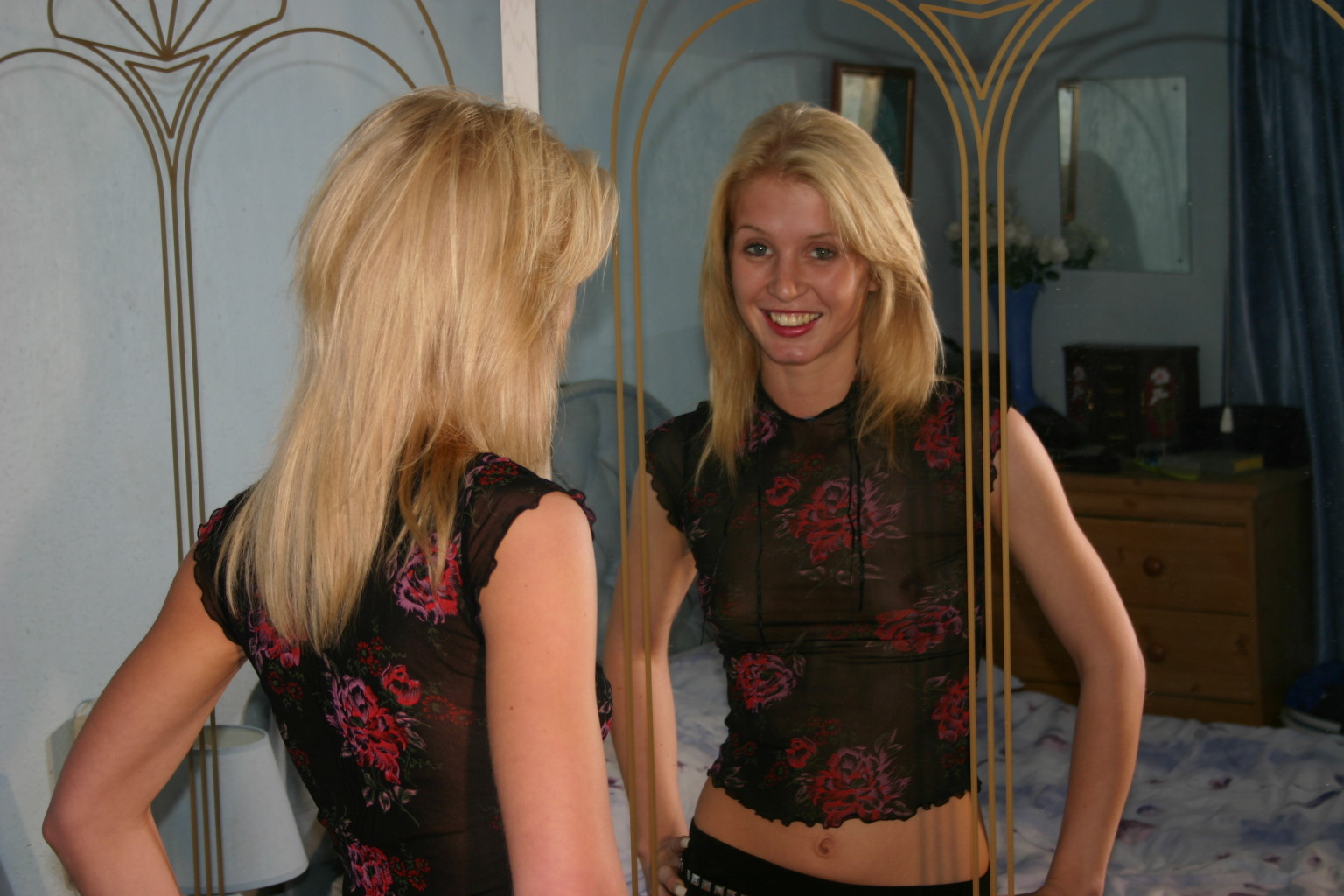 This is from South Park overlooking the spires. Not yet got this to my satisfaction. Any nearer to the model and the backdrop is lost, must be a way to do this though. Note - to get to this location can be a walk from the nearest car parking of around 15 minutes and the grass can get very sodden. 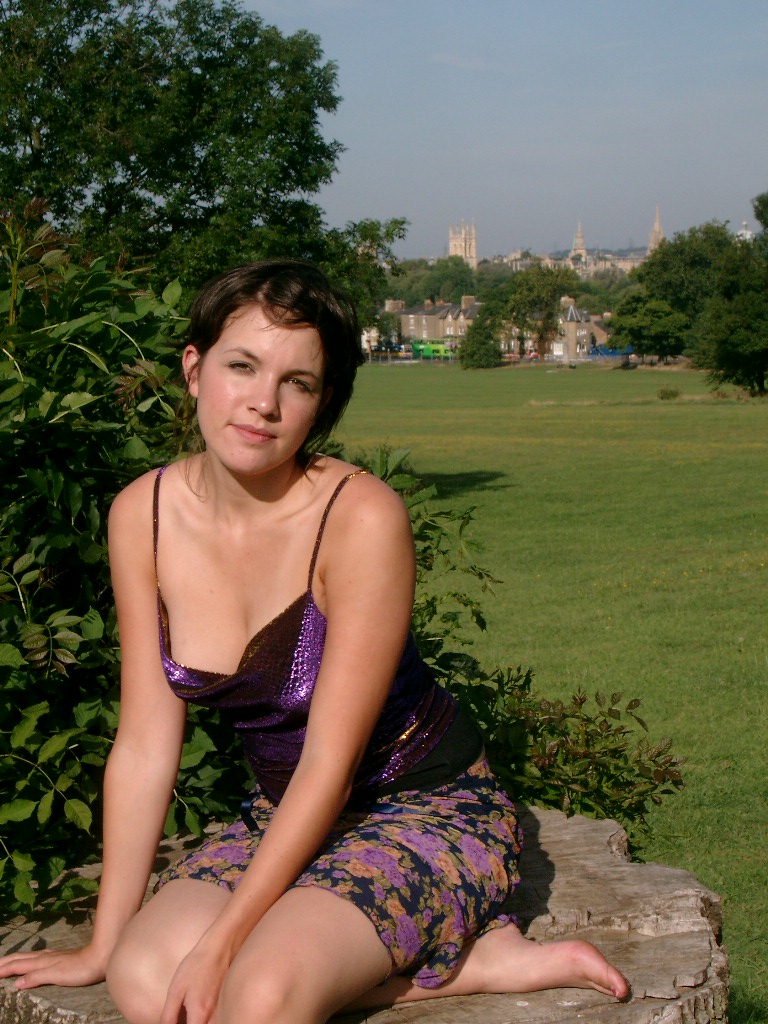 This is from Islip train station, again just five minutes from me, maybe eight. They are doing some work there, or were, last time I looked, but again it is an option. 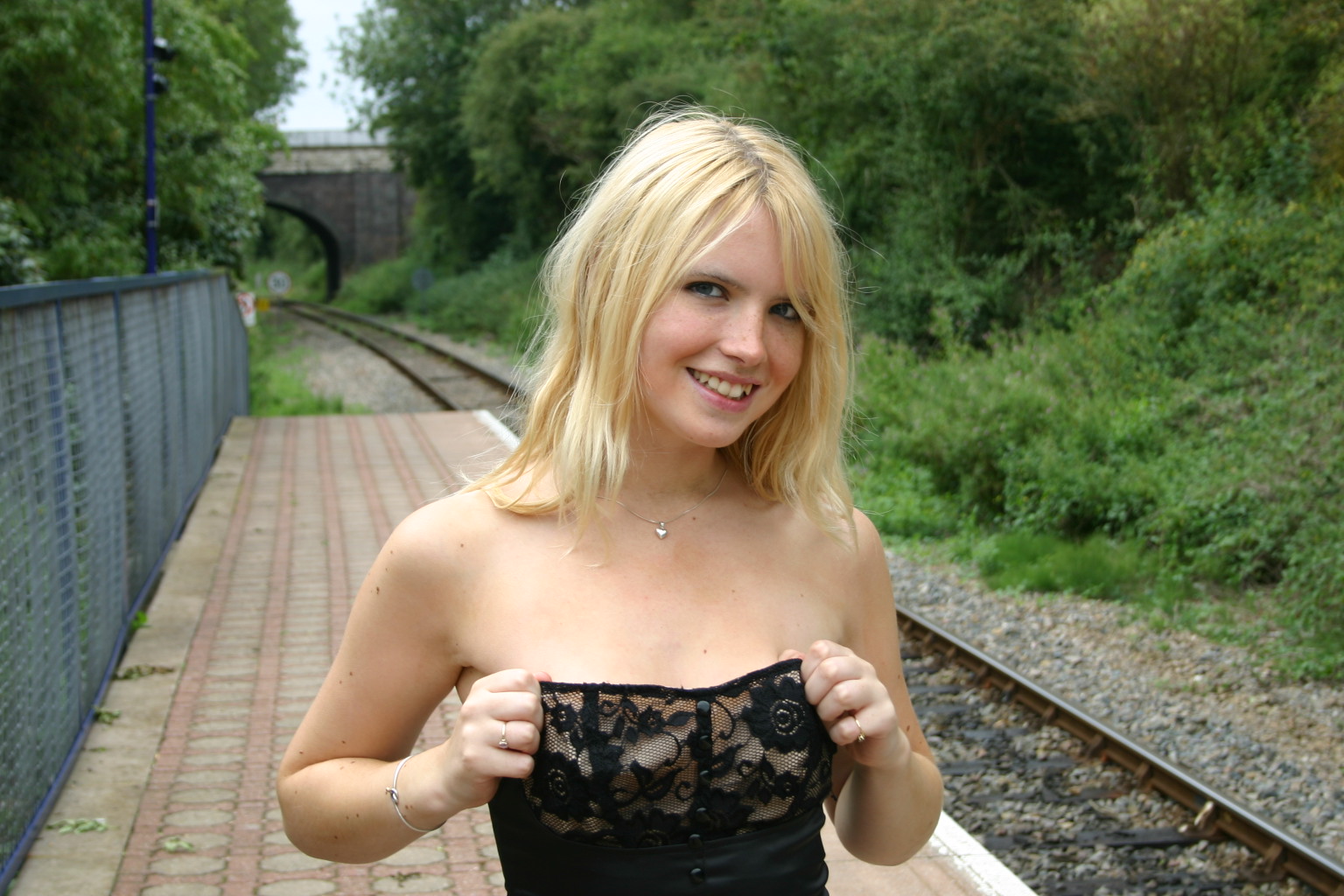 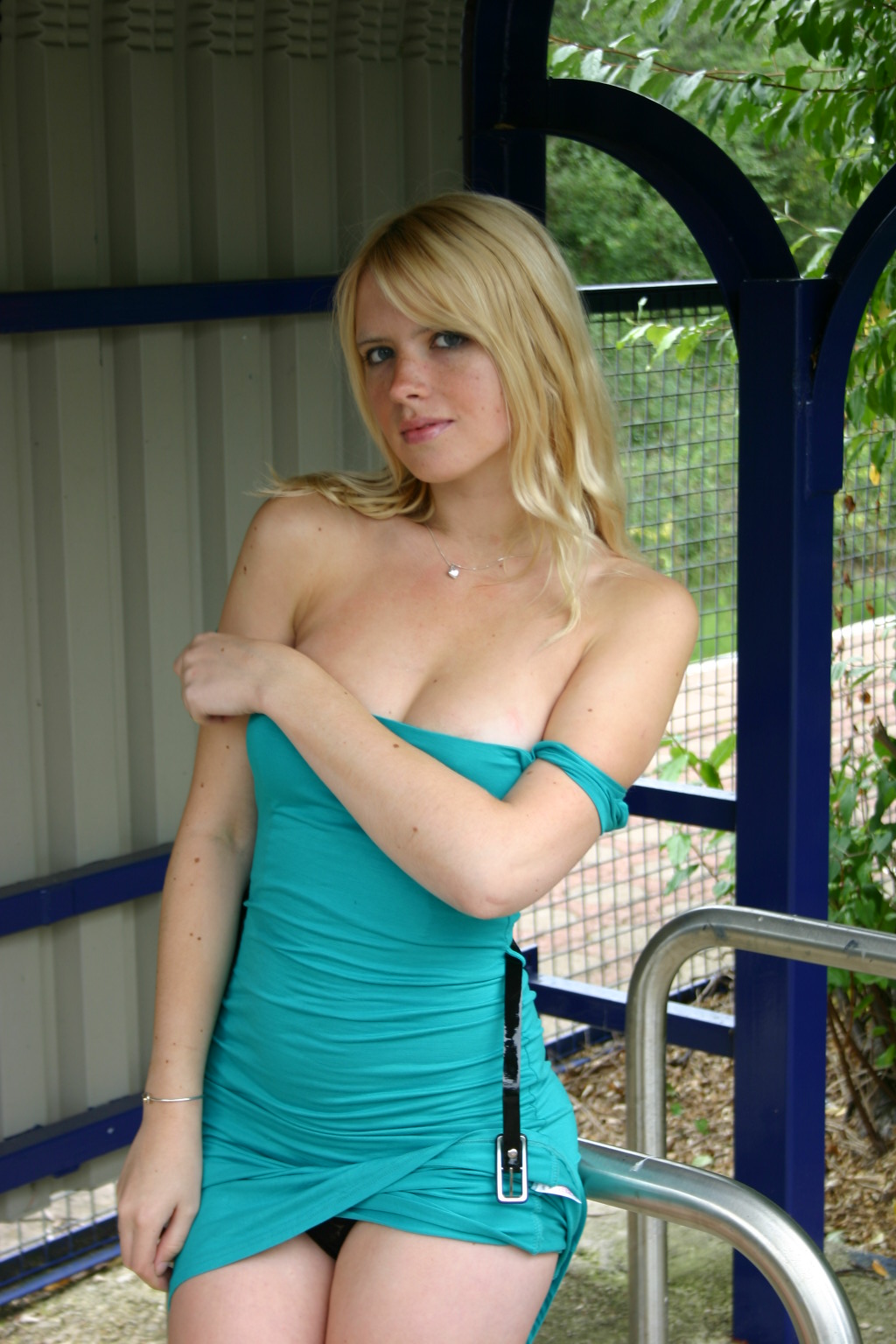 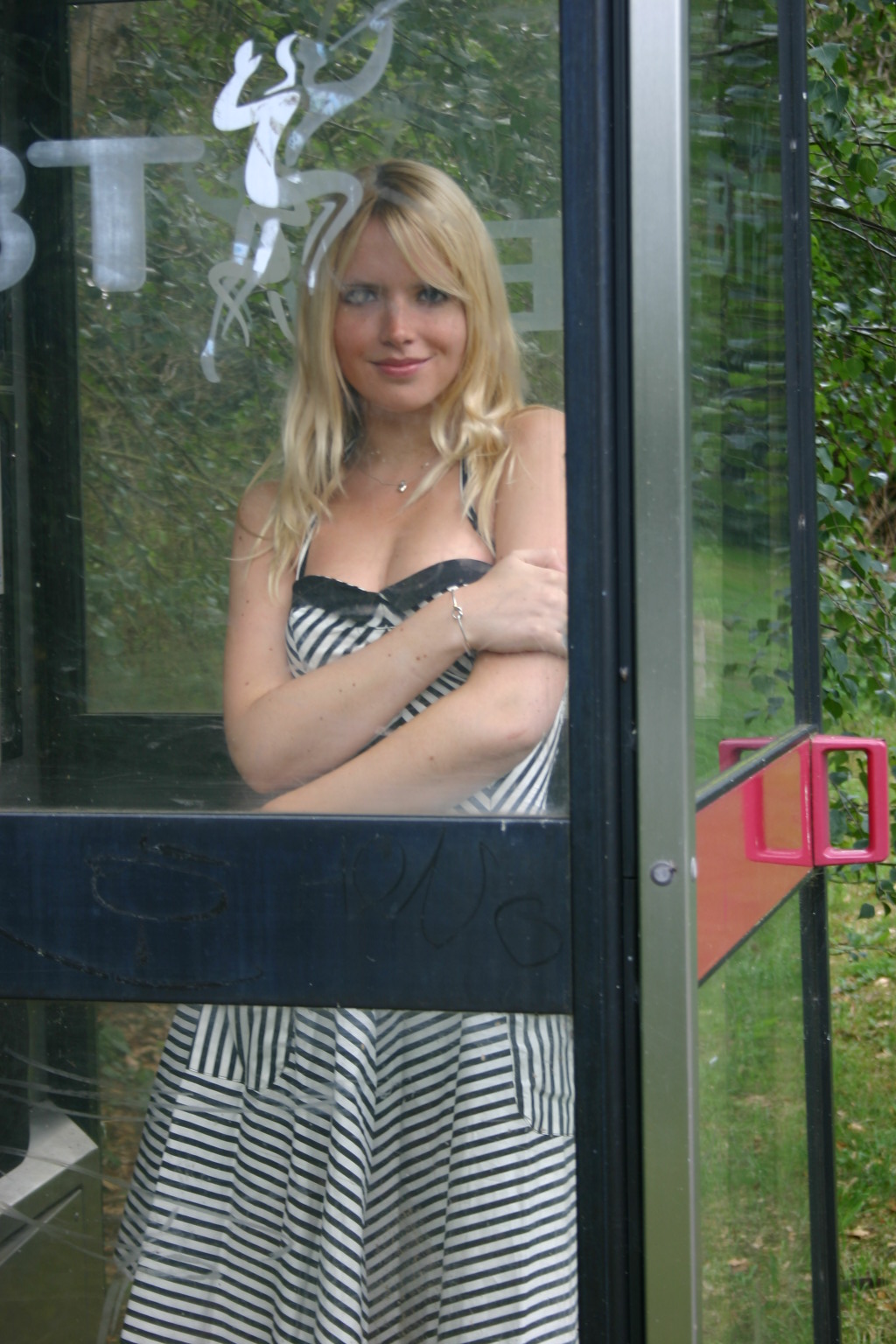 This is the plan for a Sunday shoot. It's based on a start time where it is dark on collecting or meeting the model at a time to allow us to start shooting just before it becomes light. Arriving in the town centre, parking and a short walk to this first location. I love the lights here and having the model shot near the light will be very atmospheric. I'll need to use a tripod for this as it will be long exposure for adjusting to the low light level. Can't use flash or the look would be totally different. Ideally it would be more dark than in the photos here.

I also have an idea where I shoot the model starting in the distance by the lamp post and they walk slowly to the camera. When they arrive at the camera they stop and hold a pose for about eight seconds. The camera using a 30 seconds exposure "should" show a kind of vapour trail where they have walked and look quite spooky. If I can get my daughter up one morning I might try this theory out with her. This will only work on a Sunday morning though as no other time will it be quiet enough. 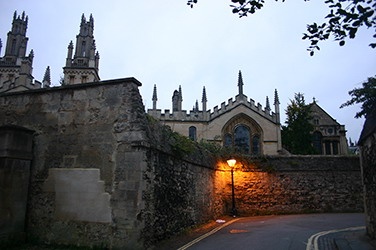 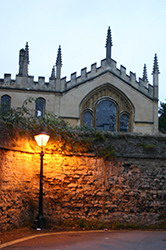 Follow the road you see above and you come to the famous Bridge Of Sighs. It should again look good with that as a backing. Below is a shot as you would see it if you continue walking down the road and then one from the other side of it looking back. I think shooting both ways would look good. 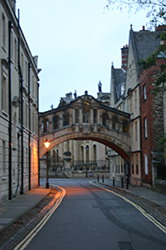 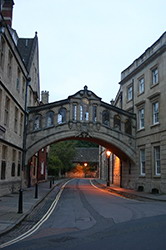 This then leads to this building. It is impressive and it would look good with the model posing on the steps and shooting them there with a different backdrop to what we've done before. Don't think it would notice the model if I got the whole building in but could try. 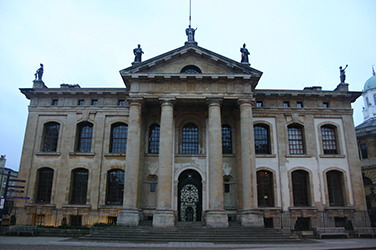 At this point we do have the opportunity to walk back to the car and shoot anything we see that looks good on the way. We can then put the tripod back, which is very cumbersome to walk around with but vital to avoid camera shake in low light. Then it all depends on what time it is. At some point to go to a cafe and get some breakfast. I've always wanted to do some pictures in a cafe, with the model across table, might look good, might look awful. If we don't try, we won't know. Obviously this would only be a few shots not like a full on proper shoot, just click a few pictures while waiting for food and not make ourselves stand out too much or make others uncomfortable to be there.

Then it's on to Ashmoleum Museum, which opens at 10.00 a.m. We can either go back to the car and move it closer to the museum, which would really help for lessening the walking and also being able to get home quicker when we are done, or walk directly there and have the long walk back to the car afterwards. If we leave the car and don't go back, I'll have to just make sure I get enough parking money for the Ashmoleum part of the shoot. The only trouble is, usually until the time of the day is past the earliest time you need to pay to park, it won't let you print a ticket. So moving the car is probably the best option. So to park there at least by maybe 9.45. But town centre will start getting busier well before then. It really is playing it by ear after this. Dependant on how tired the model is (and they likely will be with such an early start) and also how many places you've been comfortable to change in along the way (it adds time for each outfit change but I would suggest different outfits to each place we shoot)..

These are two pictures from the Ashmoleum. Doesn't really sum up what I'm going for, but you get an idea for the look. The one on the left is more accessible (near entrance) by people and so has more traffic. The one on the right is the kind of paintings areas there are. The one I'm interested in is smaller than this and it has a seating type of thing which I see the model sitting on, reclining on etc, it's all about what we can do while people aren't there to make you feel silly and to spoil the shot, or again to ensure we don't make other visitors uncomftable. I know reports of one photographer and model asked to leave for shooting in a museum, but if that happens, we just accept it and move on. No point causing trouble or offence. 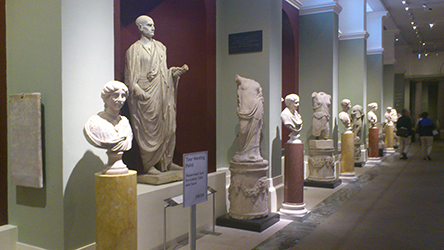 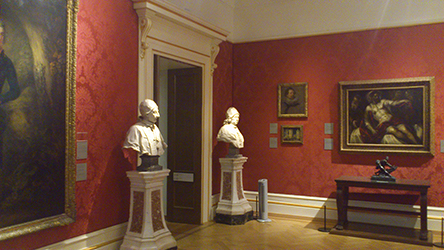 With the museum, I'd again suggest no bags to be carried around, so going into the museum with just the outfit on you will pose in and maybe a coat. Especially a coat if the museum outfit is to be a more risqué one.

Going back to other things around the area, that might be done before or after the cafe (depending on what time it is and light levels) but before the museum. The first picture is the Radcliffe camera, again a famous Oxford sight. These are just backgrounds for the model to be shot in front of. 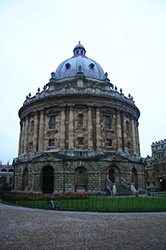 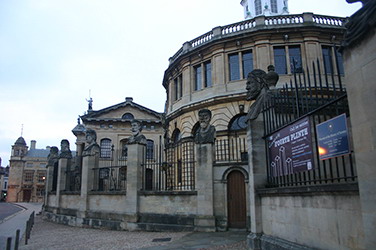 That's all I have for now. Phil